How important is Critical illness insurance?

Most home buyers will usually contact us asking about life assurance when they arrange a mortgage, but only a small minority obtain any other form of financial protection which they are 5 times more likely to need before they reach retirement.

Even more worrying is people’s perception that they need to own a home before taking out any form of protection, with the average age of first time buyers in UK being 30 (32 in London) forecasts suggest more than half of 20-39-year-olds will be renting in the UK by 2025 – Generation Rent.

Critical illness assurance pays a tax-free lump sum on diagnosis of any one of a list of serious illnesses – including cancer and heart attacks. Claims statistics suggest you are five times more likely to suffer from one of these than you are to die before you reach 65. – So may be able to help you pay those bills for a little longer and keep a roof over your head when you need it most. 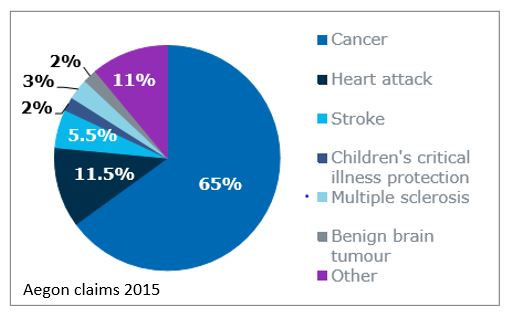 The good news is that medical advances mean more people than ever are surviving conditions that might have killed earlier generations.

Critical illness cover can provide cash to allow people to pursue a less stressful lifestyle while they recover from illness, or use it for any other purpose. But half of women in Britain have no life assurance, critical illness cover or income protection and a quarter rely on their partner’s policies instead, according to a survey by Axa.

But with one in every five claims for critical illness cover for breast cancer, and about 46,000 people diagnosed each year, now is the time to make sure you have the right protection.

It also pays to start young when premiums will be relatively cheap, rather than leaving it until later in life when the price of cover will start to rise substantially.

Many providers these days also include free children’s cover, up to around £25,000. This could enable you to pay for vital treatment and care which would take some of the strain away from a situation like this. 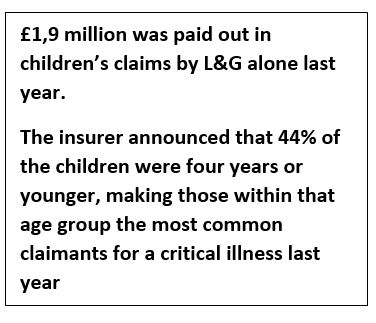 Do you need it?

State benefits might not be enough to replace your income if something goes wrong. If you’re eligible, welfare benefits range from around £70 a week to just over £100 a week, depending on your circumstances (i.e. whether or not you have children, a certain level of savings, or if your partner works).

Critical illness cover could be considered if:

This calculator easily answers the question "Given the value of my current investments how much do I need to save each month to reach my retirement goal?"

The user enters their "Current Age", there expected "Retirement Age", the "Annual Interest Rate (ROI)" (annualized Return on Investment one expects to earn) and "Amount Desired At Retirement".

The calculator quickly calculates the required monthly investment amount and creates an investment schedule plus a set of charts that will help the user see the relationship between the amount invested and the return on the investment. The schedule can be copied and pasted to Excel, if desired.